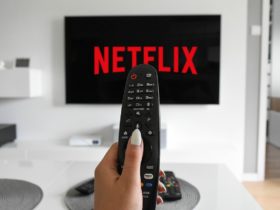 Miki Agrawal is a social entrepreneur who has founded a number of businesses. TUSHY, her newest endeavor, is an innovative bidet company that aspires to modernize the bathroom hygiene industry.

In addition to pioneering industry-disrupting startups, Miki Agrawal is the best-selling author of the books “Do Cool Sh*t” and “Disrupt-Her.” Throughout her fifteen-year business career, Agrawal has received several professional honors, including “Fast Company’s Most Creative People,” “Young Global Leader” by the World Economic Forum, and INC’s “Most Impressive Women Entrepreneurs.”

Agrawal recently submitted to an interview about her company and how she views entrepreneurship.

Q: What exactly is TUSHY?

A: TUSHY, the modern bidet brand for individuals who poop, is the company that I founded.

Q: Tell us a little about yourself and how you got started with your business.

A: Since I was a child, I’ve been infatuated with bidets. I’m half-Japanese and half-Indian, and bidets are commonplace in both cultures. When I was younger, I never considered getting one since they were so pricey! It was never a possibility for me because I was also renting several residences in New York City. However, in 2014, I acquired a severe hyperthyroid disease, and one of the side symptoms was a lot of feces. Going to the restroom and having to use toilet paper was excruciating. My skin was a mess! To relieve the discomfort, I had to jump in the shower every time. My then-boyfriend (now husband) discovered an Asian bidet that absolutely transformed my life, and I vowed to bring it to America.

Q: What are the top three abilities you believe are required to be a successful entrepreneur, and why?

A: First, things need to be questioned. Since I was a child, I’ve had a strong desire to question how things are done. In my business career, I used the questioning mentality to enter categories that had been “set for a long time” with little to no innovation, such as the period and feces spaces. I realized that certain categories were “taboo,” and that no one was inventing them because no one was talking about them out loud. Nonetheless, every living thing defecates, and every woman gets a period! That was a tremendous ah-ha moment for me because I realized I could utilize creativity and innovation to shake up boring old categories that were in desperate need of an upgrade.

Second, taking chances. As TUSHY expands, we’re taking more creative chances, which is exciting. As a company grows, it becomes less and less innovative because it has more to lose, so it keeps things more even (aka boring), or it stagnates and becomes caught in a vibe. Our team believes in the polar opposite. We can make a greater splash of strangeness the bigger we are, and the more we “go where we/people/brands haven’t gone before.”

Third, choosing the proper individuals to be around. Each of us has our own special brilliance zone. When I get to be creative and come up with new paths for my companies, I’m ecstatic, but I’m not always the kind to get caught up in operations. That’s why one of the first things I did when I started TUSHY was to employ my CFO and CEO, who precisely combined my creativity with their technical knowledge.

If Miki Agrawal has her way, people will be pooping with ease and comfort with her range of bidets and accessories.