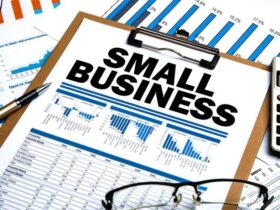 Common Small Business Problems and How to Solve Them

Daniel Schnapp provides an overview of how social networking services are using terms and conditions to defeat copyright claims.

Today’s social media companies have an unexciting but effective weapon in defeating copyright claims – well-drafted ‘terms of use’ agreements. That’s according to Daniel Schnapp, an attorney, as he explains more about the matter following a number of high-profile recent cases.

“For over a decade, social media companies have routinely relied on so-called ‘server tests’ when defending claims of copyright infringement on their platforms,” says Daniel Schnapp, an attorney located in New York City. Under the test, he goes on to explain, a website owner would not be deemed liable for merely presenting a piece of content that was shared via a link to a third-party host’s server.

“The server test was first articulated in Perfect 10, Inc. v. Amazon.com, Inc. in 2007, and has been relied upon in countless copyright infringement cases since then,” Schnapp says. More recently, however, the server test approach has begun to struggle to stand up in court.

Instead, social networking services are now increasingly using their terms and conditions—and those imposed by their competitors—to defeat similar claims, Schnapp says. Users of such services, he says, grant their owners the right to sub-license various content uploaded to their platforms.

Daniel Schnapp points to an example from photo-sharing platform Instagram’s terms of use, to which all users must agree in order to create an account. To create an account, he explains, users must grant Instagram “a non-exclusive, fully paid and royalty-free, transferable, sub-licensable, worldwide license” to the content they upload. What this means, Schnapp says, is simple.

“When you sign up for a social media platform, you’re likely agreeing to terms of use that state that your content may be sub-licensed to a third party,” says Schnapp. “It can, therefore, no longer be assumed that liability will be established,” he adds, “and that the server tests of yesteryear will control in the face of unambiguous contractual provisions.”

Daniel Schnapp Has Two Decades in the Law

Daniel Schnapp is a trial lawyer focused on commercial, intellectual property, privacy, corporate, entertainment, and art disputes. Now with close to 20 years of experience in the field, Schnapp routinely navigates the complex world of litigation in federal and state courts and before arbitration tribunals.